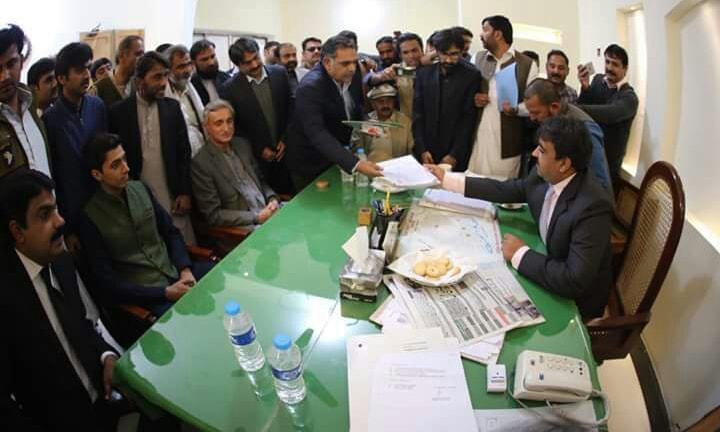 Jahangir Tareen had nominated his son for the seat during an election rally in Lodhran on Wednesday.

Addressing the workers, he had said he would always stand by the PTI and serve the people of the area despite his disqualification. He claimed that on the desire of party workers, Ali Tareen was nominated as a PTI candidate.

Addressing the gathering, Ali Tareen had said he would try his utmost to live up to the expectations of the party. He assured that if elected, he would raise his voice for the rights of cultivators in the National Assembly.

According to the election schedule announced by the Election Commission of Pakistan, the final list of candidates for the by-poll will be issued on Dec 29, while the scrutiny of nomination papers will be completed by Jan 5, 2018.

Polling will be held on Feb 12.

Jahangir Tareen had won the 2015 by-poll in the constituency after defeating PML-N’s Siddique Baloch by over 35,000 votes. The by-poll had been ordered after the Supreme Court ordered a re-election for the seat following the discovery of irregularities during the 2013 election.

Pakistani media Exposed by PTI how much were Earning per Ad...