The prestigious Cricket Club of India (CCI) on February 16 covered a portrait of Pakistan Prime Minister Imran Khan, in a unique way of protest against the dastardly terror attack on CRPF convoy in Kashmir’s Pulwama.

On February 14, at least 40 CRPF paramilitary troopers were killed in a terror attack while several others are battling for their lives following what is being termed as the deadliest terrorist strike in three decades in Jammu and Kashmir.

Pakistan-based terror organisation Jaish-e-Mohammad has claimed responsibility for it.

The CCI, which is an affiliated unit of BCCI, is home to the iconic Brabourne Stadium, which has hosted many Test matches and is considered to be a cricketing hub.

The entire CCI premises, including its restaurant, adorn portraits of the greatest cricketers across eras and from all nations.

Imran’s potrait is one of them as he was a distinguished former cricket captain, who led Pakistan to 1992 World Cup victory.

CCI President Premal Udani confirmed the development to PTI, saying a decision in this regard was taken on February 15.

“See, CCI is a sports-club and we have photographs of past and present cricketers from all countries. We wanted to show, in our way – displeasure – on whatever is happening right now. It is mark of protest. We have covered it as of now but can’t say right now if we would take it down,” Udani told PTI.

Another senior CCI official said that the portrait ‘Porbunder All-rounder’, a restaurant, inside the club premises on the ground-floor, which also houses pictures of other past cricketers.

In the past, Imran has twice played for Pakistan against India at the Brabourne Stadium. He had lead Pakistan in a festival game against India in 1987.

He has also played an ODI at the venue, when he lead Pakistan to victory against Australia in a Nehru Cup game in 1989, where he was also declared as the man of the match. 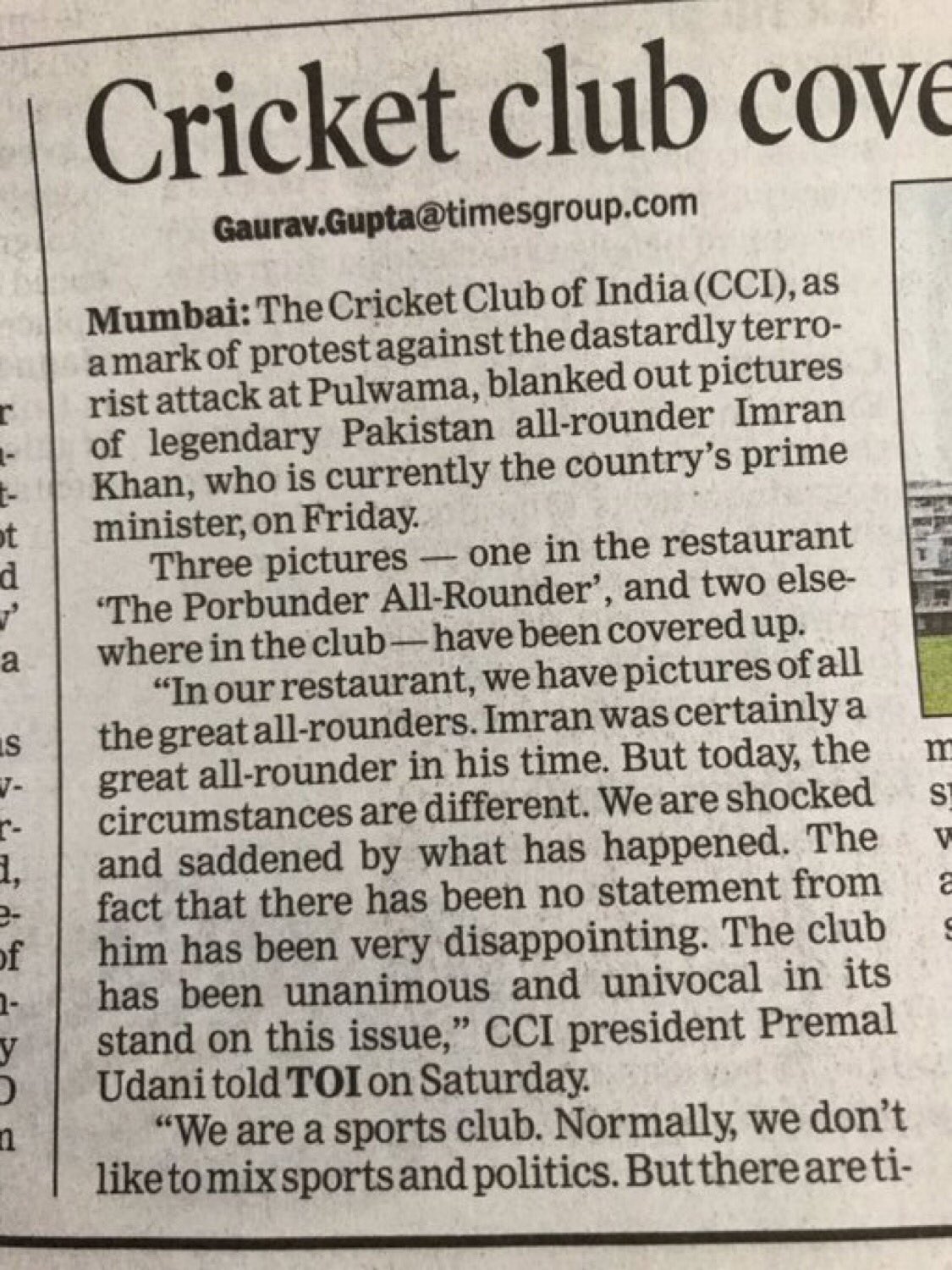 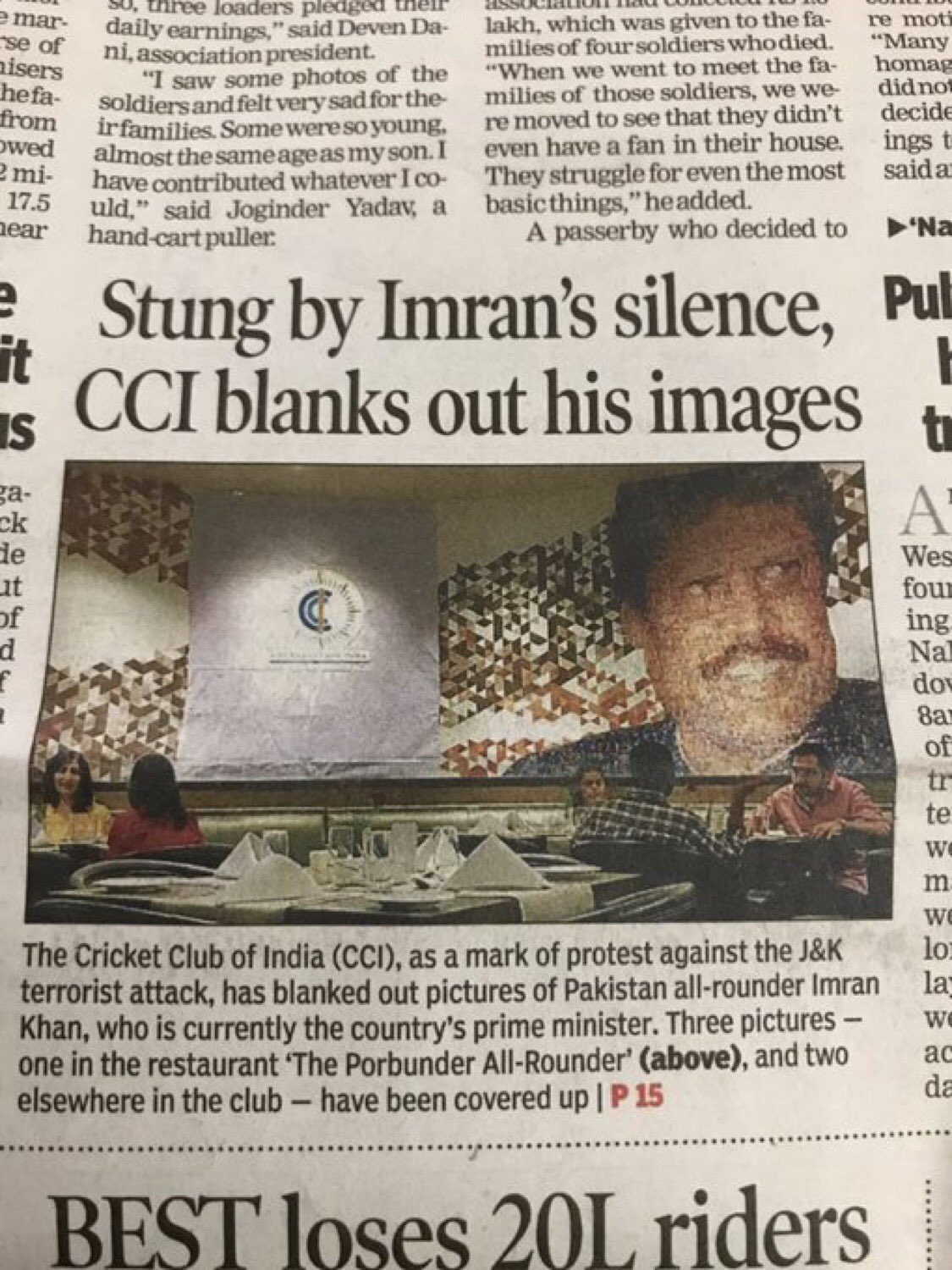 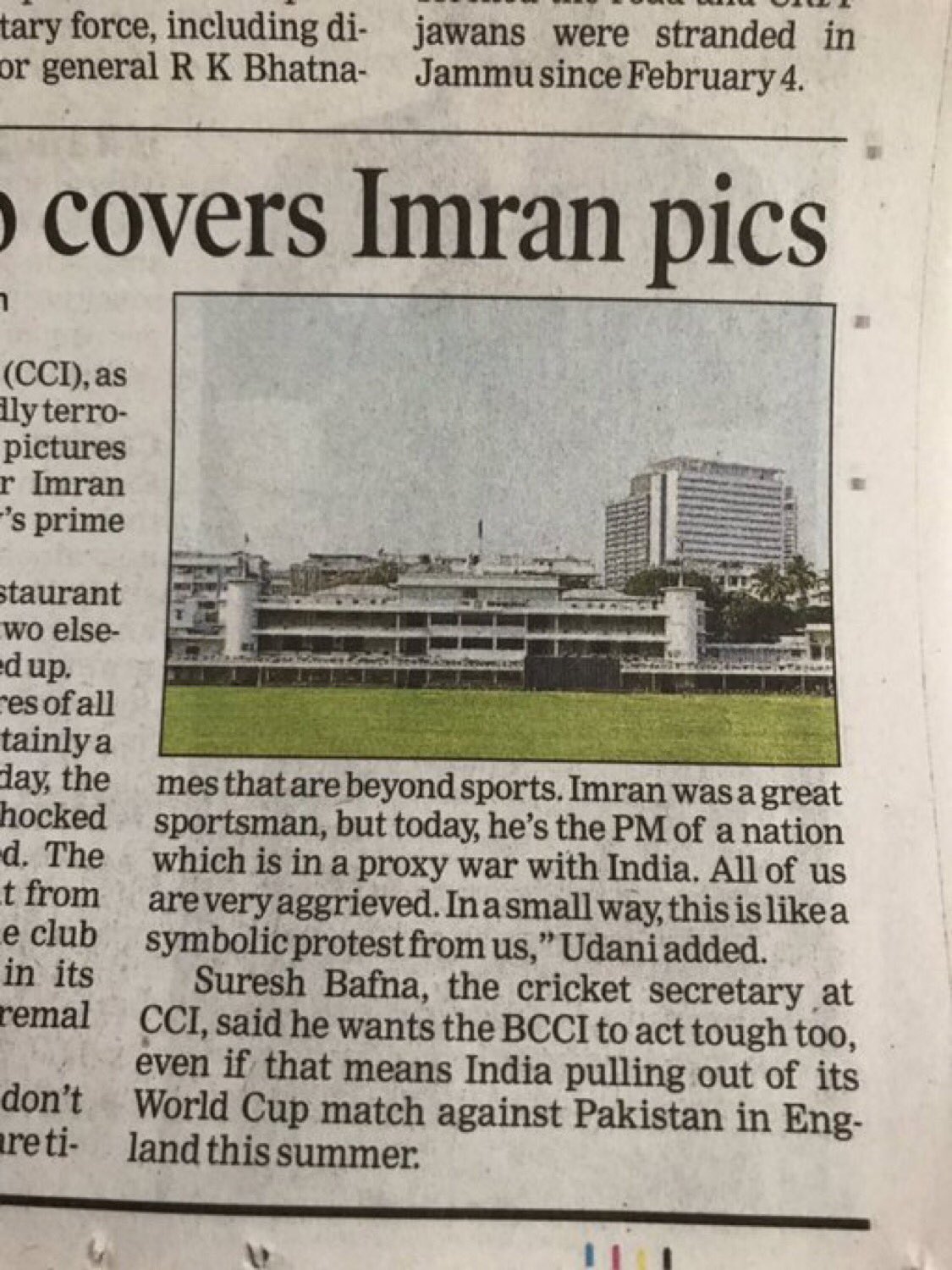